A Disappointing Earring, And The World’s Hottest Rock: Zirconia

Just last week, my partner handed me an earring that she had found in a park near her home more than seven years ago, and for which she’d had no luck finding the owner.

The earring had a gold setting that gripped a very large, transparent, beautifully cut gemstone. Given that I am a geologist, she asked me to check it out for her to find out more about the stone. After all, we thought, if it was a diamond, then it could fund a holiday to somewhere lovely, given its large size. Hawaii, perhaps?

Read more: Why we value diamond rings and other Valentine's Day gifts

Upon analysing the earring under an electron microscope, it was immediately apparent that the earring wasn’t a real diamond. It turned out to be cubic zirconia.

Funnily enough, zirconia is a topic very close to my heart and my professional expertise. In 2017 I wrote a research paper on the “world’s hottest rock”, and zirconia was part of that story. 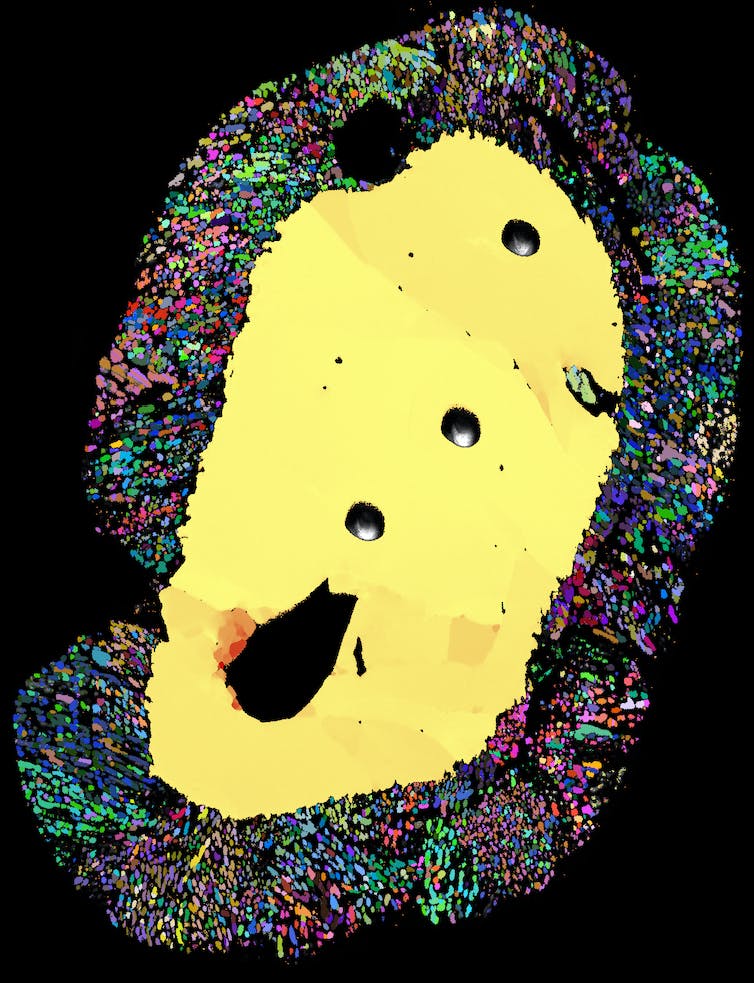 A false colour image of a grain of zircon (yellow) that has formed a rim of zirconia (multicolours) at 2,370℃ when the surrounding rock melted during an ancient meteorite impact. This is the hottest known temperature to be achieved by any rock naturally at Earth’s surface. Nick Timms, Author provided

Zirconia is a mineral with a crystal structure made from the elements zirconium (Zr) and oxygen (O), with the chemical formula ZrO₂. It looks quite a lot like diamond, but is only worth a fraction of the value because it is manufactured and not a rare natural gem.

Cubic zirconia belongs to a family of zirconia minerals, each having a different configuration of atoms that give rise to different crystal lattice structures, called polymorphs. Similarly, graphite and diamond are polymorphs of carbon – each made entirely of carbon but with different structures.

Like diamond, cubic zirconia is stable at very high temperatures and pressures.

But unlike its sparkly friend diamond, cubic zirconia isn’t stable at Earth’s surface. In fact, it has never been found in natural rocks, which is why it hasn’t been given a proper mineral name by geologists.

Read more: What is a gem? And why painite from Myanmar can fetch US$60,000 per carat

When zirconia is manufactured for making jewellery, the manufacturers use additives to stabilise it. Impurities are incorporated into the mineral and act like atomic scaffolding, holding the structure together so that it resists transforming into one of the other zirconia polymorphs.

If it is pure, though, it readily morphs into one of its siblings – first to a form known as tetragonal zirconia, then to baddeleyite – a polymorph of zirconia that is stable at room temperature. Every time the atoms shift to transform into a different polymorph, they leave evidence behind within the crystal.

So what has this got to do with the hottest rocks on Earth’s crust?

I am interested in finding out how Earth responds when asteroids hit it. I have studied a few of the 192 meteorite impact craters that have been discovered on Earth, including the one that was ultimately responsible for ending the existence of the dinosaurs.

Australia has its fair share of craters – Wolfe Creek is particularly well known, made famous by a chilling horror movie.

Read more: Target Earth: how asteroids made an impact on Australia 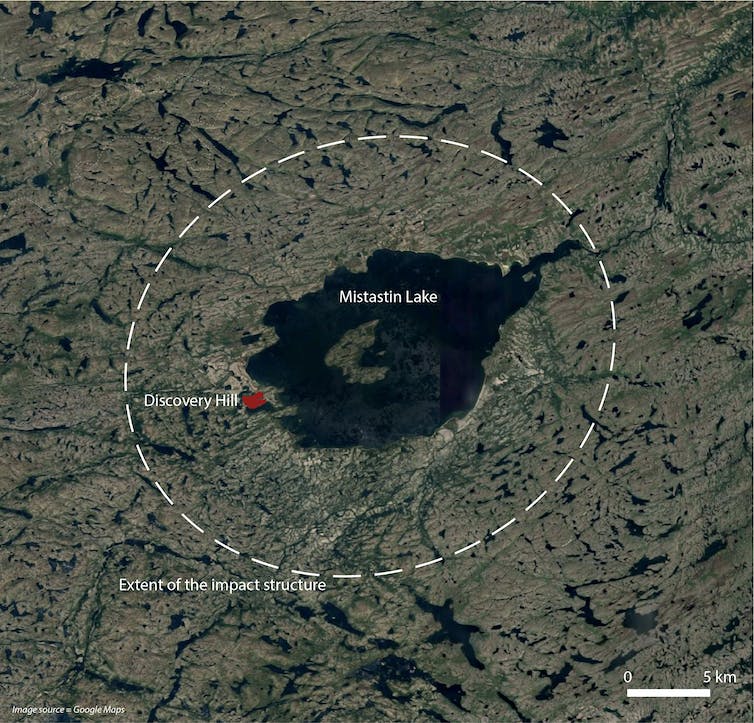 The energy released by the meteorite impact was enough to melt and even vaporise the rocks at ground zero, which then cooled quickly (quenched) to form the glassy black rocks of the cliffs.

The rocks had the texture of syrup when I examined them under the microscope, and I could easily see that only a few fragments of the most physically robust minerals had escaped being completed melted.

Frozen in this quenched rock soup were a few little remnant grains of the mineral zircon (with the chemical formula ZrSiO₄). The zircon must have been present in the target rocks before the catastrophic event, and had taken a “hot bath” when they became immersed in the lava.

However, zircon is a tough cookie and doesn’t melt when it is heated. Instead, and at high enough temperatures, it decomposes to form tiny crystals of zirconia and liquid silica. The specs of zircon in this particular rock had begun to decompose, reacting within the hot magma and had become encrusted with a beautiful rind of zirconia (the baddeleyite form). 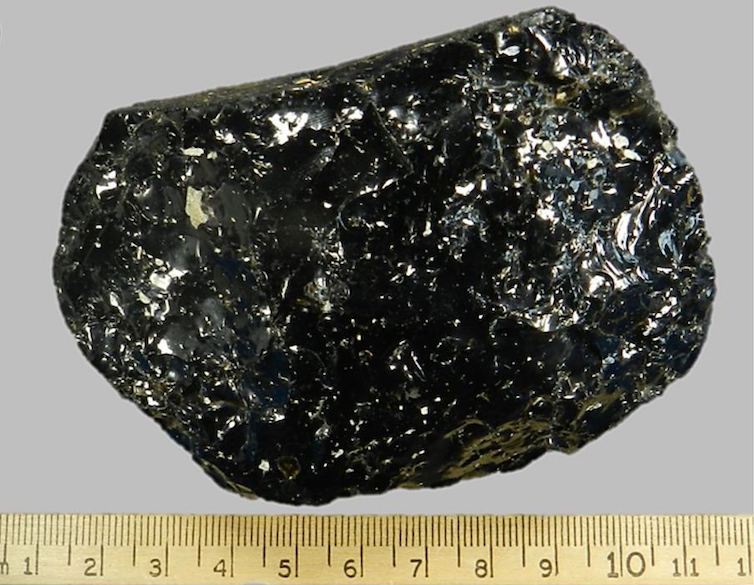 Rock collected from the top of Discovery Hill, on the southweastern edge of Mistastin Lake (shown in the photographs above). Mike Zanetti, Western University, Canada, Author provided

My research team could read the paper trail in the baddeleyite, detecting the former presence of cubic zirconia from which the baddeleyite had transformed. This meant that this rock had once been at a blistering 2,370℃ during the impact event around 38 million years ago. This is the hottest temperature ever recorded for a rock anywhere on Earth’s surface.

This finding made us wonder what might Earth have gone through early in its history, when it was being bombarded frequently by similar-sized or even bigger impacts, and its surface was subject to these extreme temperatures on a regular basis.

There’s an amazing sense of excitement and awe from making discoveries from studying tiny mineral fragments in rocks that spark such deep thoughts about events and timescales almost beyond comprehension. Luckily, this can offset the mild feeling of disappointment after analysing a found earring.